Keeping supporters clued up on our work is important to us, we want you to know where the funds go and how they are raised.

Currently we email out a quarterly newsletter as well as other info on our work, events and projects. We promise not to overwhelm you!


We will never share or swap your details with other organisations for their own marketing purposes. You can opt-out of hearing from us or update your communication preferences at any time.

Raising money for aid to Syria one supper at a time.

What is the Syrian Supper Club

The Syrian Supper Club is a celebration of Syrian food with regular supper clubs around London and in Bristol. It is our response to the conflict in Syria. The idea is simple - gather people together, introduce them to a delicious part of Syria’s rich culture and do something good: raise money for those in need.

Since 2012, we have held over 250 Syrian Suppers and suppers have been held by others from Singapore to Washington D.C. and Australia. We have raised over £400,000 and cooked a whole heap of falafel. The money raised goes towards the aid projects, funded by our charity the Hands Up Foundation which has raised a total of over £4 million. With the contribution from our Syrian Supper Club we have been able to help over 100,000 Syrians with access to health services, education and prosthetic limbs for amputees. To give you an idea, each Syrian Supper raises enough money to fund a doctor's salary for one month.

See below for details on how to attend one of our Syrian Suppers or hold your own.

Come to a Syrian Supper

Our regular Syrian Suppers take place in four different locations across London and Bristol and everyone is invited. Please click ‘Book Tickets’ below for dates and reservations. Make sure you book early – they sell like hot honey cakes on a cold day. To find out more about the brilliant volunteer teams behind each Syrian Supper Club click on the locations listed. 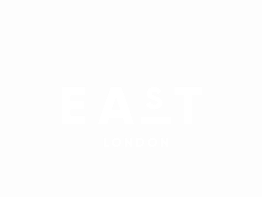 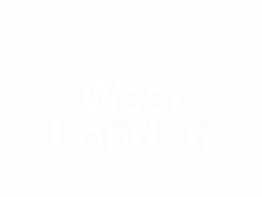 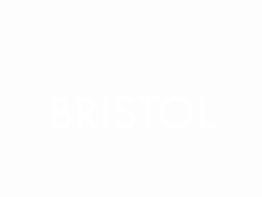 We started the Syrian Supper Club in 2012 as a response to the escalating humanitarian crisis in Syria. Four of us (Johnnie, George, Louisa and Rose) decided to do something positive to remind our friends in Syria that they had not been forgotten; we held a Syrian inspired feast at our kitchen table to raise money. Two of us (Louisa and Rose) were lucky enough to live in Damascus for a while before the war. The Syrian Supper Club is inspired by our time there, the people we met and the food we ate.

Years later and the need not only continues but has grown. Since 2011 the lives of millions of Syrians have been shattered and it will take years more to repair the psychological and physical trauma they have suffered. The Syrian Supper Club has never been needed more. All monies raised go to our charity, the Hands Up Foundation, which focusses on funding sustainable projects in and around Syria. These projects deliver vital health and education services while simultaneously providing livelihoods and strengthening the stability of local communities. For more information, please see www.handsupfoundation.org.

Syrian food is designed to be shared, and we would say, some of the best out there. So it seems only right to spread it as widely as possible. We're lucky enough to know some fabulous Syrian and Middle Eastern chefs, one of whom will feature in each monthly email, providing an exclusive Syrian recipe, some of their favourite music to cook to and why they love that particular dish. Plus you'll get early ticket access for our Syrian Suppers and other events as well as updates on how your donations are changing lives in Syria and Lebanon.

You can sign up with any monthly donation* you feel able to give.

HOLD YOUR OWN SYRIAN SUPPER

If you’d like to hold a Syrian Supper or other fundraising bonanza under the banner of the Syrian Supper Club, please get in touch, we'd love to hear from you! Then we can chat about what you might need from us and what we'll need from you. In the meantime, check out the resources we have, with everything from sample menus to recipes and a full toolkit to get you going.


Hold Your Own – Resources

"As the Syrian Civil War began taking a deadly turn most foreigners fled. Describing a feeling of hopelessness Ms Lukas and her friends set about creating what would become Hands Up with three other Syria-lovers. It began with food - the Syrian Supper Club..."

“The Syrian Supper Club is now a not-for-profit umbrella group that gives guidance for those who want to host their own charity dinner. It raised £65,000 for a variety of on-the-ground initiatives last year.”

“We eat, drink, talk, and have too much fun, late into the night. And by the end of the night, Damascus, and an optimistic future, feel just a little less far away.”

“Two years ago - almost to the day - I was invited to a Syrian Supper Club. If I remember rightly, it was raining, I didn't have an umbrella and I arrived very late and very sodden. But, as is often the case, copious cocktails and mountains of food swiftly turned the evening…”

“… alongside Johnnie Barnett and political illustrator George Butler, they established the Syrian Supper Club, to show their Syrian friends they hadn’t been forgotten.”

“Extra Mile: the 40 in finance who do the most for good causes – Johnnie Barnett: Want to raise two hundred grand for a good cause? Get cooking.”

“Conscious eating: Tuck into a Syrian feast to raise money for refugees… Oranges, aubergines and pomegranates are regular fixtures on the menu of Syrian Suppers. The rest of the menu depends on which ingredients take the fancy of Ruth Quinlan, the chef at E5 Bakehouse.”

“The E5 Bakehouse hosts a Syrian-themed Christmas supper club, with a Middle Eastern feast of stuffed vine leaves, mouth-watering fattoush salads and fig and walnut pastries. Glut to your heart’s content, as all proceeds will go towards supporting urgent humanitarian relief in the country.”

The Guardian 2013 – April 2013
Help Us Make a Difference
Donate Book Tickets
©2021 The Hands Up Foundation, charity number: 1156491
Made in London by Cristian Teichner

George is an award-winning artist and illustrator specialising in travel and current affairs. His drawings, done in situ, are in pen, ink and watercolour. Six months after his first trip to Syria in August 2012, he made a similar trip back to the north of the country to record stories from the refugees and field hospitals. His drawings have been reproduced by the Times and the Guardian amongst others as well as on the BBC, CNN and Al Arabiya. He is a founding member of Hands Up and is currently Board Chair.

Louisa has extensive experience of the Middle East and speaks fluent Arabic, having lived and worked there. She studied Islamic Studies at Oxford University, before moving to Damascus to work as a consultant on cultural heritage and economic development projects. For two years Bab Salaam, in the old city, was her home. She returned to the UK in 2011, since when she has worked primarily in business intelligence, political risk and international development with a focus on the Middle East and North Africa. Louisa is a founding member of Hands Up and has been on the Board since its inception.

Rose is the Managing Director and a founding member of Hands Up. Following a European language degree at Edinburgh University and a stint in publishing, Rose moved to Damascus in 2010. She spent 9 months there and Syria - for her - is the noise and colour of spice souks, the scent of orange blossom and the home of hummus. Having had to leave in 2011 at as the conflict began, she spent five years with Save the Children International working on the governance side. She has been running Hands Up since 2017 and splits her time between the office in London Fields and visiting our partner organisations in Lebanon and on the Syrian/Turkish border.

Johnnie studied classics at Bristol University and enjoys fresh air and a good walk like Socrates himself. He works in asset management, having left Allianz Global to become the director of the New Amsterdam Group in 2017. Along with the rest of the Hands Up team, he was included in the Financial News Extra Mile Awards 2015. He is a founding member of Hands Up and served as Board Chair from 2017-2018. He can often be found behind the cocktail bar at our Syrian Supper Clubs.